Get me outta here!

Congratulations to Jordan – he was the first person (it took third block until someone used the secret word!).

We read The Battle with Grendel. Then, we watched Antoine Dodson’s viral video about the bedroom intruder (Hide yo’ kids, hide yo’ wives, hide yo’ husbands…) and watched a student video where it compared Beowulf’s situation to Antoine’s. I know it seems farfetched, but it makes sense – I promise!

Then, we started on our first major grade – the Metaphorical Response. A metaphor is a comparison between two UNLIKE things.

A metaphor is a comparison between two unlike things not using the word “like” or “as” to make the comparison.  The greater the difference between the two things being compared, the better the metaphor. For example, if one were to say that “Football is baseball,” that would not be a good metaphor, because football and baseball are both sports.  However, if one were to say that “football is chess,” that would generally be considered a better metaphor because there is a greater difference between football and chess than football and baseball.

That webpage has fifty good examples of metaphors, like this: The typical teenage boy’s room is a disaster area.

So, you’ll be finding a metaphor for the ten elements on the worksheet and explaining it. If you need help, check out the example in LMS.

You only need to have ONE quote – not two or three like the example shows.

Just make sure that you use good metaphors.

For example (and don’t use this one), Grendel is nasty. No one likes him. No one wants him around, but no one can stop him.

Column 1:  Grendel is like a SBD (silent but deadly fart).

Column 2: SBD farts are silent and sneak up on you. They are very powerful, and take down everyone within sniffing zone.

Column 3: Grendel is very strong, and no one can defeat him. No one likes him, no one wants him around, but no one can figure out how to deal with him or get rid of him. Anyone who goes up against him, is destroyed.

Column 4: One quote that proves your comparison. Since we used a PDF file, you can’t copy and paste, so you’ll need to type it manually.

I won’t be here tomorrow, so make sure that you work on this – it will be due on Thursday.

Progress reports come out next Tuesday, and the grades will be taken from Gradespeed on Monday at 8:00 am. 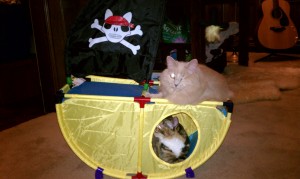